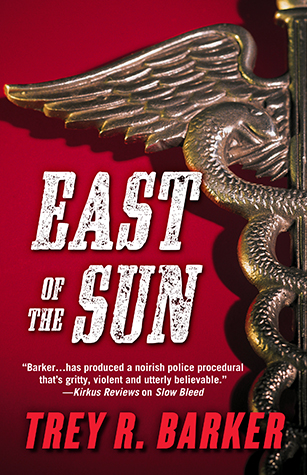 Christmas is in the air but the wounds from her first big case, both physical and psychological, are still blisteringly fresh. Zachary County Sheriff’s Office jailer Jace Salome is suffering nightmares as well as backlash from some deputies who are nurturing vehement and sometimes violent anger against her because her whistle-blowing brought down a ring of dirty cops. Just before Christmas, an assistant doctor is murdered in the jail amid rumors of drugs and inmates, and the jail medical provider cutting corners to save money. Jace gets yanked into the investigation by a manipulative and hostile detective bent on making her look bad.

Meanwhile, Jace’s partner Rory Bogan, moonlighting as a part-time road officer for another county, takes Jace on patrol. Together they stop a truck bound for Zachary County. The truck is full of illegal drugs, destined not only for the Zachary County Jail, but also for a family friend of Jace’s, a doctor doing everything he can to keep his destitute patients healthy. As Jace is drawn deeper into the investigation, an inmate is killed and Jace realizes the drugs, the medical company, and her family friend might well be the point upon which the entire case turns. Lurking at the edges is a danger to Jace and her grandmother far greater than anyone at the sheriff’s office realizes, until that danger has Jace and Gramma in its sights.

“A writer who walks the walk, Barker will show you the difficult and dark side of crime literature. Get the nerve to read him―you should.”
—Craig Johnson, New York Times bestselling creator of the Longmire hit series on Netflix