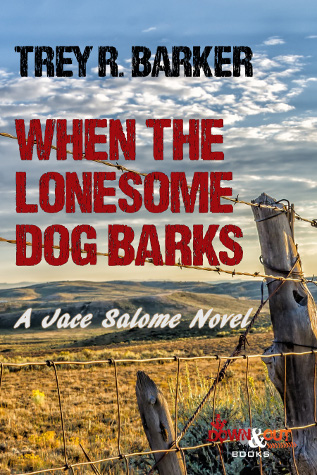 With Jace Salome’s partner out of the picture, she’s forced to delve into the world of online predators alone…

Two bodies, recently beaten to death, are discovered on the edges of Zachary County. There is a recent attempt to break into the security office at a resort in nearby Rooster County. And the Zachary County Jail has exploded with seemingly random fights.

A year into the job now, Deputy Sheriff Jace Salome is edging into being more comfortable with her role in the department. When she finds a smartphone in the jail she learns the random fights are anything but, that they have been filmed and then emailed from the phone to an intricate web of private email servers and access-only websites. And the fights seem to be directed from someone outside the jail.

The two dead bodies, as well as the investigation of the resort break-in, and Jace’s look into the fights, all collide when she discovers that a dead girl had been in the Zachary County jail and that video exists of her getting beaten both in the jail and in the security office of the hotel.

Jace realizes the darkest recesses of her imagination cannot keep up with reality. This is a world of technology and on-line predators, and the stakes are much higher than her pay-grade. Worse still…Jace Salome has to face this case alone.