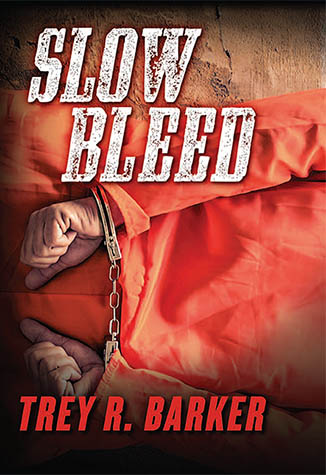 On her first night as a correctional officer at the Zachary County Jail, rookie Jace Salome should be at her partner’s side when an inmate attacks. Her mistake turns out to be fatal—for the inmate. Yet Jace soon discovers the death is neither accidental nor the result of a simple jailhouse fight. A Texas Ranger’s investigation of the inmate’s death strips away her partner’s lies and shows him as the aggressor, and Jace finds herself caught between good and bad cops. More than one inmate in jails throughout west Texas has died under similar circumstances—yet nothing can be proved. When the Ranger asks Jace to help him uncover the truth, her refusal could cost both her job and her soul.

A sergeant with the Bureau County Sheriff’s Office in Illinois, Trey R. Barker has written a novel that goes beyond the everyday police procedural, creating a harrowing look at the beautiful and terrible seduction of violence and the banality of criminal acts.

“A rookie jailer’s first day on the job is almost her last. Barker, a former journalist who works in law enforcement, has produced a noirish police procedural that’s gritty, violent and utterly believable.”
—Kirkus Reviews

“Unflinching is the word I like to use in describing Trey Barker’s Slow Bleed. A writer who walks the walk, Barker will show you the difficult and dark side of crime literature. Get the nerve to read him—you should.”
—Craig Johnson, author of the Walt Longmire mysteries, the basis for the A&E/Netflix hit series Longmire

“Trey Barker knows cops and how the think blue line can be broken.”
—Simon Wood, Anthony Award-winning author of The Fall Guy