It’s just a bit more than four miles between the two.

Ghost towns that, had they been any further off U.S. 84, would long since have slipped into unconscious memory. One has 53 people, the other has none; no cattle or horses, no cars or residences or business.

Just dust, tumbleweeds, and maybe whispers of the dead carried on the breeze.  It is New Mexico, where Dia De Los Muertos celebrations are earnest and heartfelt.

West of Clovis about 40 miles is Tolar, New Mexico.  It was laid out in 1905 as a supplier of sand for nearby railroad construction. 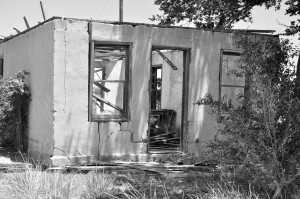 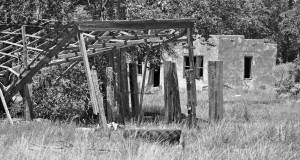 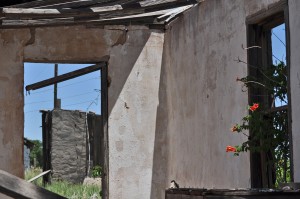 Sadly, it was the railroad that did most of the damage to Tolar.  In 1944, an 81-car train derailed.  Among the cargo…165 500-pound bombs bound for the military and World War II.  It was about 92,000 pounds of high explosives.  It was reported at the time that of the 30 residents of Tolar, only 6 were home.  There was only one fatality. 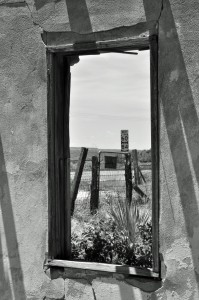 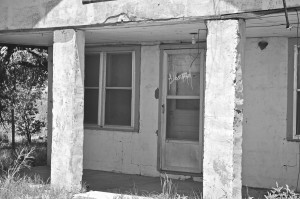 Four miles west of Tolar is Taiban, New Mexico.  Another railroad town, built at the same time, populated with the same kinds of people, one of the many railroad towns that dot the west and have since withered.  Though there are still people in Taiban, about 50, on any given day I suspect there are more amateur photographers than that.

The Presbyterian church.  It stands alone, literally, in a field, and stands, impervious to time or human dictate, allowing whoever need stop to do so; to photograph, to pray, to leave prayers marked upon its walls. 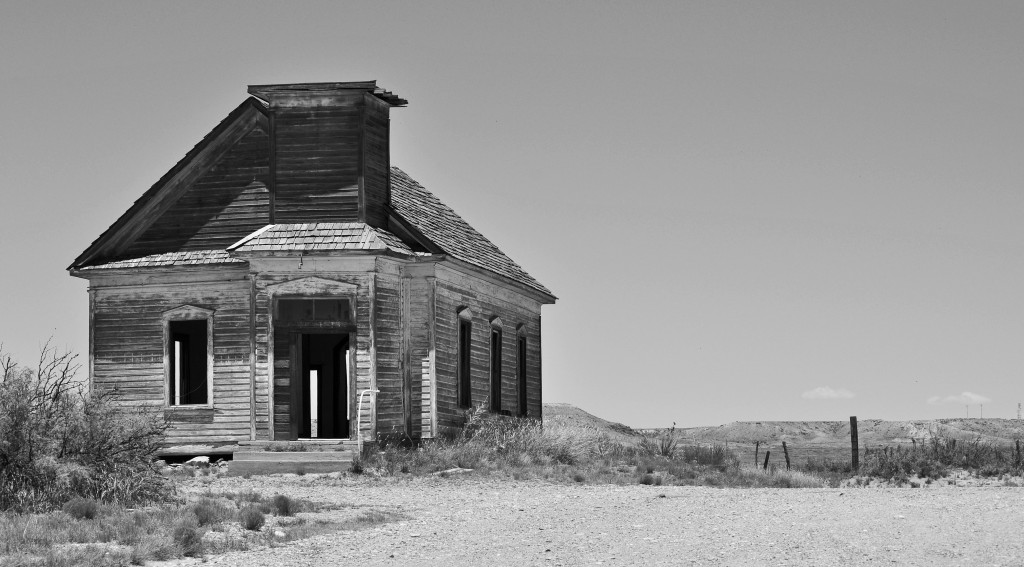 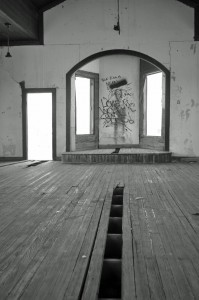 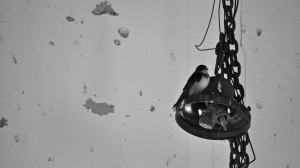 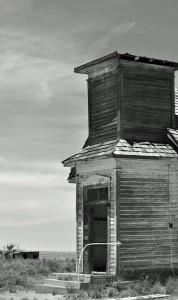 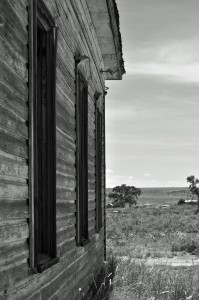 Its walls are littered with graffiti, with prayers and hopes…. 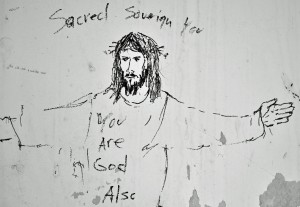 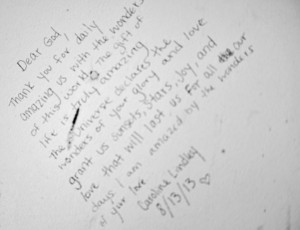 “I strove toward God…and stumbled upon myself.”