So this is how it should have gone….

“Sheriff’s Office, this is Sergeant Barker.”

“Well, it got stolen.  I need you to find it for me.  Return it to its rightful owner and all that.”

“Certainly, sir, I’d be happy to find your cock and return it to you.  Now…can you describe it for me?”

“Do you have a picture?  Strictly so that I know I’m looking at the right cock.”

“If the suspect has more than one cock, we may need to do a line-up, a cock-walk, if you will.”

And then I would go to the alleged thief’s house, talk to him about how society breaks down, the norms slip into nothingness, reliability and the everyday things-the cheeseburgers and cars, the football games and prom dates-all fall into abandoned pits of oil field slime if we allow cocks to be stolen willy-nilly.

He would see the error of his ways, hand the cock to me, I would return it to its owner, and life would chug merrily along.

But more importantly, it would be funny.

I mean, come on, can you imagine that?

Sadly, not how it happened.

I got dispatched and went to the guy’s place.  He said his rooster and some ladders had been stolen from the residence he was moving out of, but that he was really only worried about the rooster.  So then I went to the house of the guy who had it, talked to him.  He said the animal had been left after the man had moved out but he could certainly come get it anytime he wanted.

And that ain’t funny at all.  Not even in the least.

Though there was one moment where the complainant said he could send me a picture of it.  Having worked on as many undercover child sexual exploitation cases as I have, I’ve gotten really good at getting guys to send me pictures of their whangs.  Really good at it.  Gotten so many dick pix I could open a Penis Hall of Shame in my office and put up pictures.

This picture would have been a bit more feathery than normal but hey, everyone’s entitled to their thing, I guess.

He never sent the picture and I found the animal within a couple days anyway.  So everyone has the cock they should have, everyone is happy with their cock…at least as far as I know…and I am left bemoaning the lost comedic possibilities.

Ah, well, the internet is still alive and banging, so as Alexander Pope wrote: hope springs eternal in the human…er…breast.

The remains of a house, long since burned out and left for the ages. 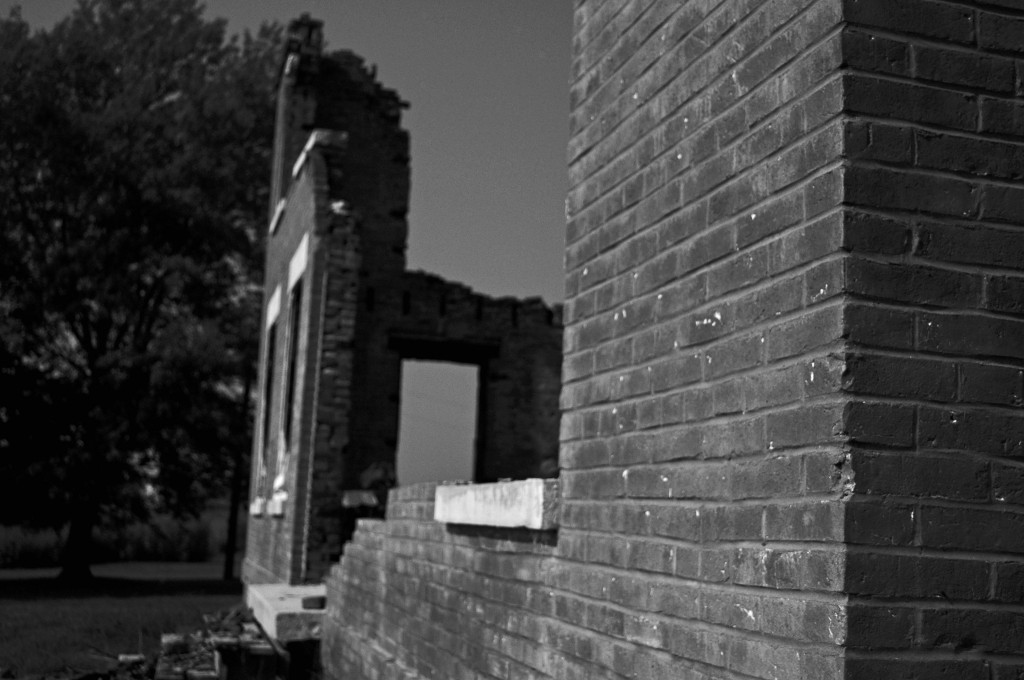 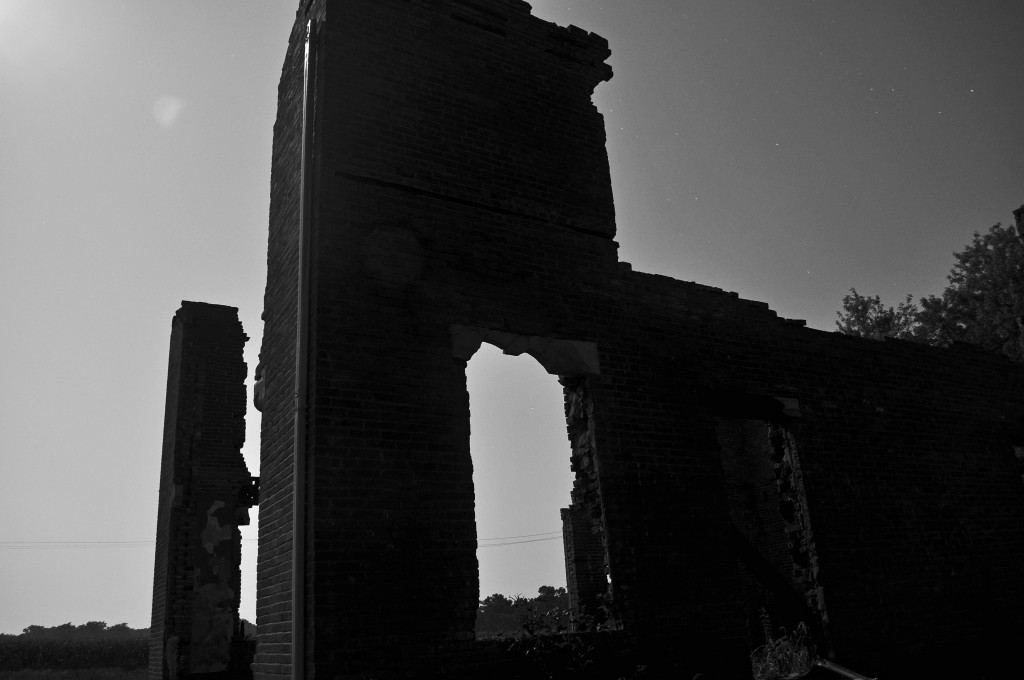 Reminiscent of the battered ramparts of long ago castle.

Go away, the old buildings said.  There is no place for you here.  You are not wanted.  We have secrets.

What a great quote.  Doesn’t really have anything to do with the topic at hand, I just dig it.  It’s from Harper Lee’s new novel, Go Set A Watchman.

Let me confess here: I loved To Kill A Mockingbird (TKAM) not for the technical brilliance of her writing, which I find relentlessly boring, but for the story itself and for the lessons in that story.  What the book says, rather than how she says it.

My biological father, the sperm donor, was gone early in my life.  He was a mess, a liar and abuser, a man for whom the superficialities of life were most important. Ultimately, I did better as a man because of his absence.

But that doesn’t mean I didn’t sometimes miss having a presence.  It wasn’t an overwhelming absence, I didn’t sit around bemoaning the lack of a father because I had the all-time great mother (and if you want to know about her, just read my work, her presence is in every word and character and thought and deed and dream), but every so often, I would remember there was only my mother.

I had that in a mother, but not in a father and sometimes I wanted it in both. So I read Scout and I reveledl in what she had; hence the story rather than the writing.

Which means, having heard of the new Atticus Finch, I approach GSAW with some anxiety.  In this book, written first, he is the product of his surroundings.  He is a white man raised in Alabama and aged 72 years in the middle 1950s. He is, in this first book, not that far removed from the George Wallace who refused to let black students register at the University of Alabama in 1963.

He is that way because Lee was writing what she knew, what she’d grown up with and been surrounded by.  Go read the Bible quote that gives the book it’s title.  Isaiah 21:6.  It is a command to set a watchman, who then reports back what he sees…in essence what all writers do and what Lee was doing specifically by writing a book about a white Alabama man in his twilight years.

Thus far, in GSAW, Atticus Finch has not been particularly interesting.  He is not be the man who captured my imagination originally.

Because TKAM has become the novel it has, because it has picked up the emotional and sociological resonance it has, GSAW will, too.  It will absolutely be read through the lenses of TKAM.

It shouldn’t be.  Why?  Because it’s a trunk novel, for fuck’s sake.

It was written first, when I suspect Lee wasn’t entirely sure what she was writing or what she wanted to say. It wasn’t until her editor suggested a rewrite that focused on Scout as a girl that Lee got fired up and found the story she’d been trying to tell in the first book.

It happens this way with writers all the time.

I just finished a novel called When the Lonesome Dog Barks.  It’s the third in my Jace Salome series and I set it up in the series’ second book.  Initially, it was supposed to focus on a particular deputy and some of his domestic issues, and end with his death and a gynormous cop funeral.

But as I was writing, that storyline disappeared beneath a new one that was more interesting, more vital; one that got me more fired up as a writer.  This was the story I wanted to write, not that.

GSAW was a first attempt, an early novel, and while it’s interesting from a what-was-Harper-Lee’s-thought-process standpoint, it’s not part of the TKAM world.  The story and the characters, the heart, of the story changed, they became something different, just as Lonesome Dog did for me.

That is part of the writing process, and to imbue the new book with the same intensity of examination as the previous book is to look at apples and oranges with the same rose-colored glasses.

Plus, first books are always shitty.  Period.  “The first draft of anything is shit,” said Ernest Hemingway.

My first novel, Power Play, written in high school, is a straight up theft from Stephan King.  And the writing sucks.

My second novel, Razor King, also written in high school, isn’t a theft from any particular writer (so I learned from that), but is juvenile. I mean, come on, the title (and most of the plot) is from a song by the group Gamma, and the characters are named Dave, Eddie, Michael, and Alex (hmmm…I wonder what group that was).

If you want to read those books, sure…I guess you could.  I’m not embarrassed by them because they are part of me, they are me trying to learn how to write, it’s just that they suck.  Why spend time reading suckass books when there are so many good books to read? Why read Power Play when you could go straight to the source material and read The Stand?

So as far as I’m concerned, GSAW is early material; early I’m-still-learning-how-to-do-this material.  But it’s also the false start that plagues so many writers when they start working on a novel.  Writer William Gibson said at a reading I attended once that starting a new novel was like learning to fly a jet…from the back of the plane, there will be mistakes galore before you figure out how to keep things level and keep from crashing a fiery death into a mountain.

That’s what GSAW is…the first tentative steps in a story that she figured out how to write better in a second draft, that draft being TKAM.

So I refuse to stuff all the weighty pronouncements that To Kill A Mockingbird has gathered in the last half-century into Go Set A Watchman.  The new book is the first, lesser draft of what became literary history; interesting in a navel-gazing sort of way, but not really worth the time.

But the first Jace Salome novel, Slow Bleed?  What a classic!  Snatch that shit up now! 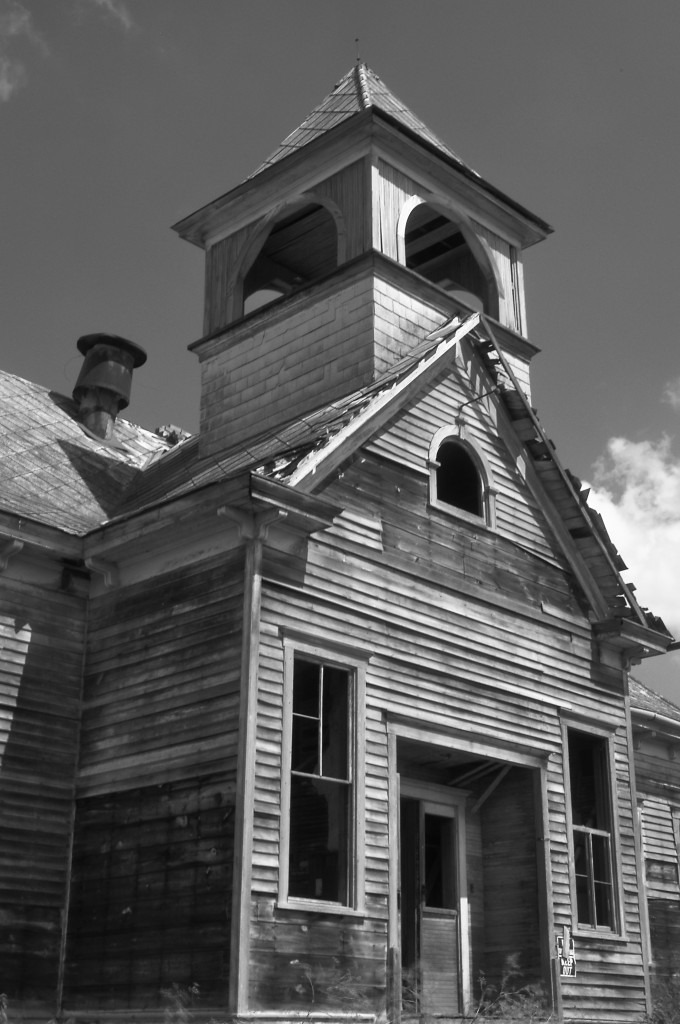 The Elmira school, built probably in 1902, now lost to time. 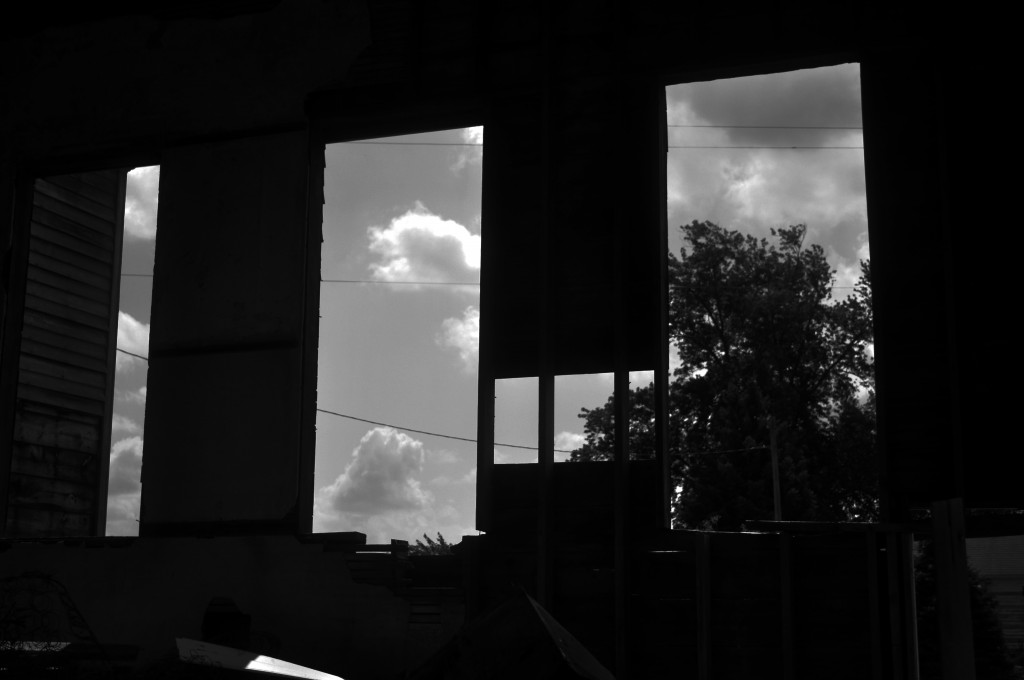 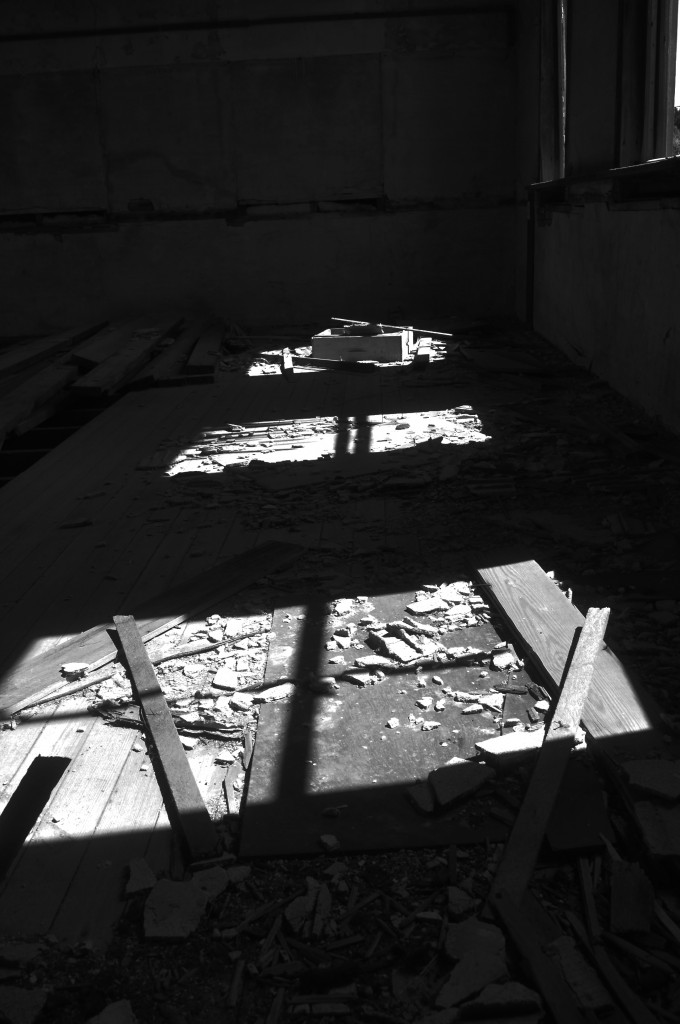 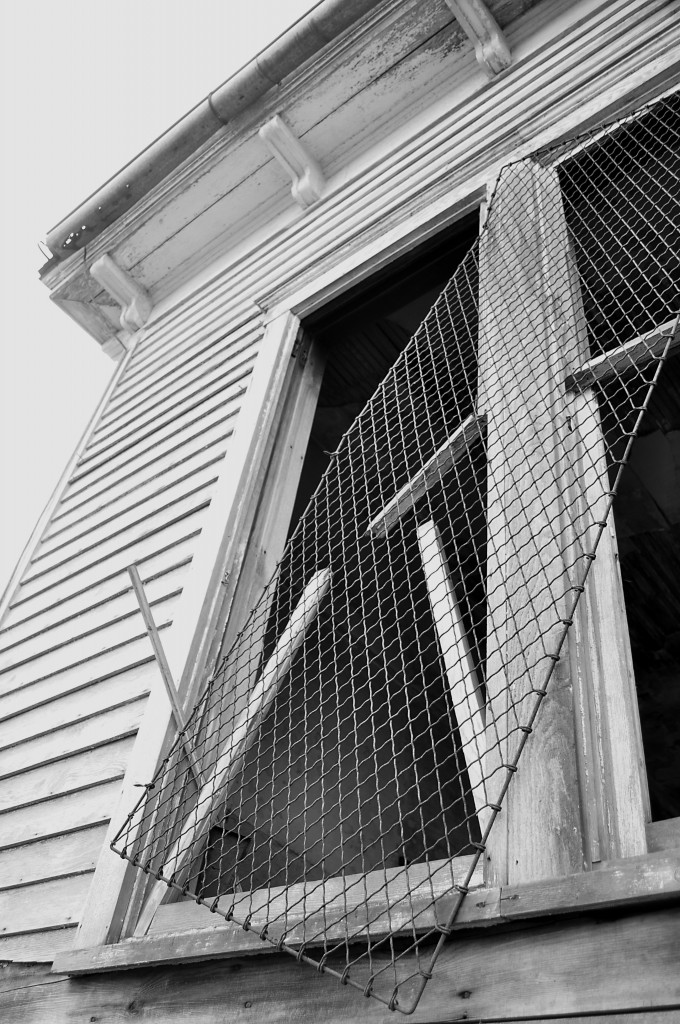 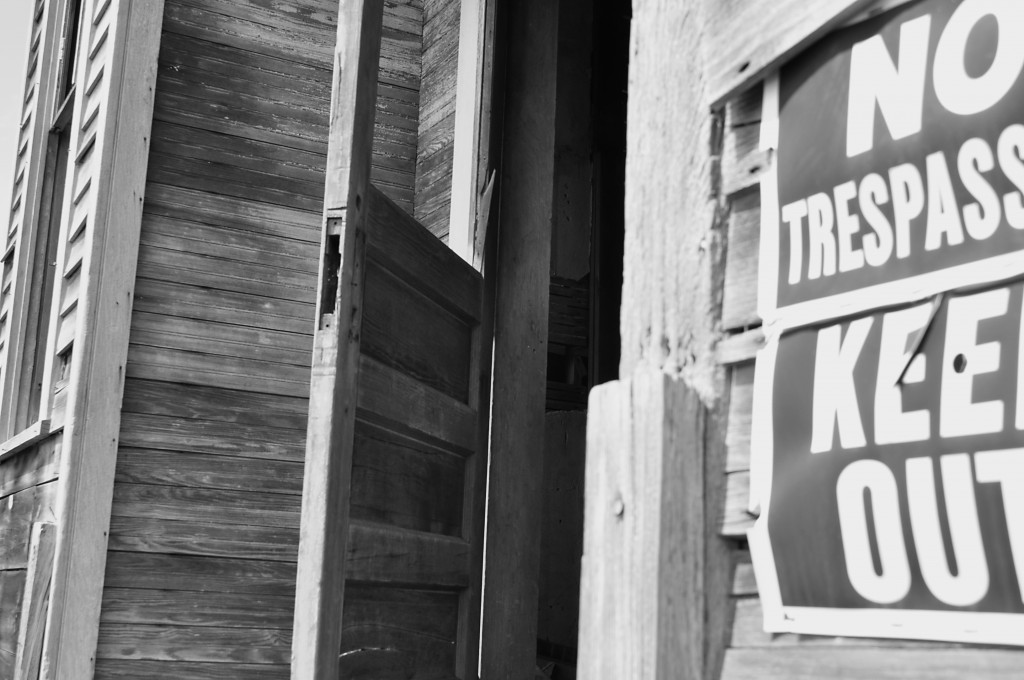 Grade school students kept the halls noisy until 1952, when the Elmira school district consolidated with nearby Osceola. 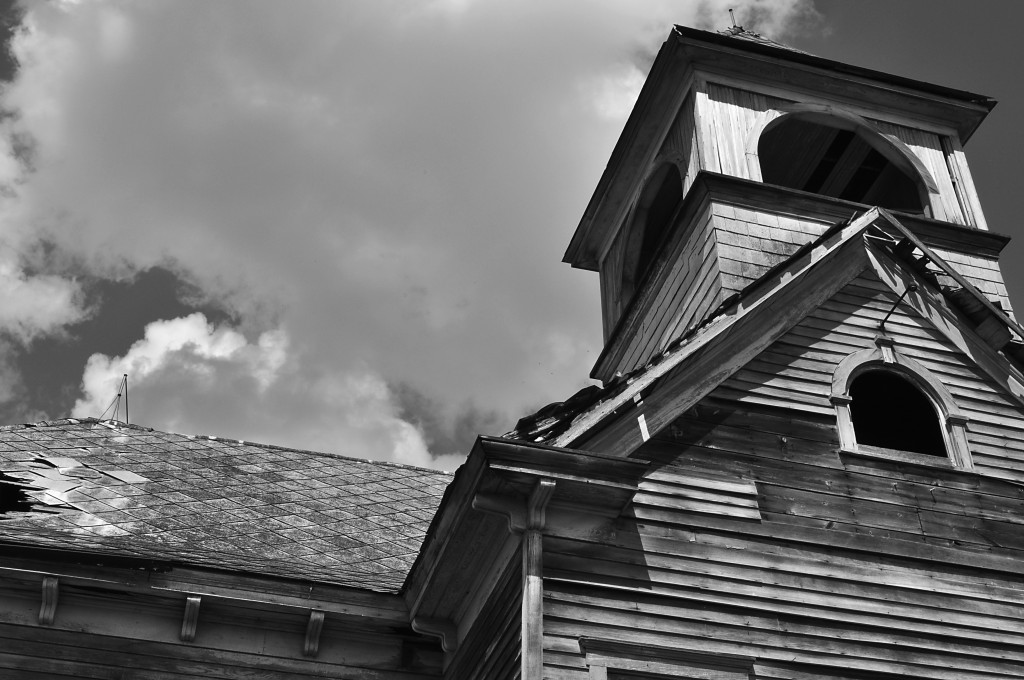 The building is privately owned now, withering away beneath the heat and wind, the snow, of north-central Illinois

Come on in, take a look around, try the whiskey, shoot the bullets.  I hope you enjoy it.

Chad Brokaw, my IT wiz, has designed all my website and while I loved the last one, we both thought it was time for a spruce up, a new look.

All the standard stuff is here, including ways to order books.  And if you’d prefer a personalized book, a signature or salutation for friends or family or even the convicts in your life, just drop me a line and I’ll get it taken care of.

Sign up for the newsletter!  Odds and ends, bits and pieces, chapters, short stories, bad love poetry, who knows what all you’ll find in that thing.  Probably won’t get an issue more than eight…maybe ten…times a month.

I could go on all night with these funny, funny jokes.

I can’t see the electronic newsletter darkening your electronic doorstep more than a few times a year so don’t sweat that.  And I’ll only sell your email address if I can make good bank on it.  Or get a laugh.  Barring that, it’ll probably remain private.

Also, Chad dragged me kicking and screaming over to Twitter so follow me there for flash sales and special offers not available anywhere else.

Lastly, one of the coolest things about the new website is I can post my photography.  While I’m not brilliant at it, I do have fun and so from time to time, you’ll probably see some pix.

Feel free to drop me a line about anything at all.

Enjoy!  And thanks for all your support all these many years. 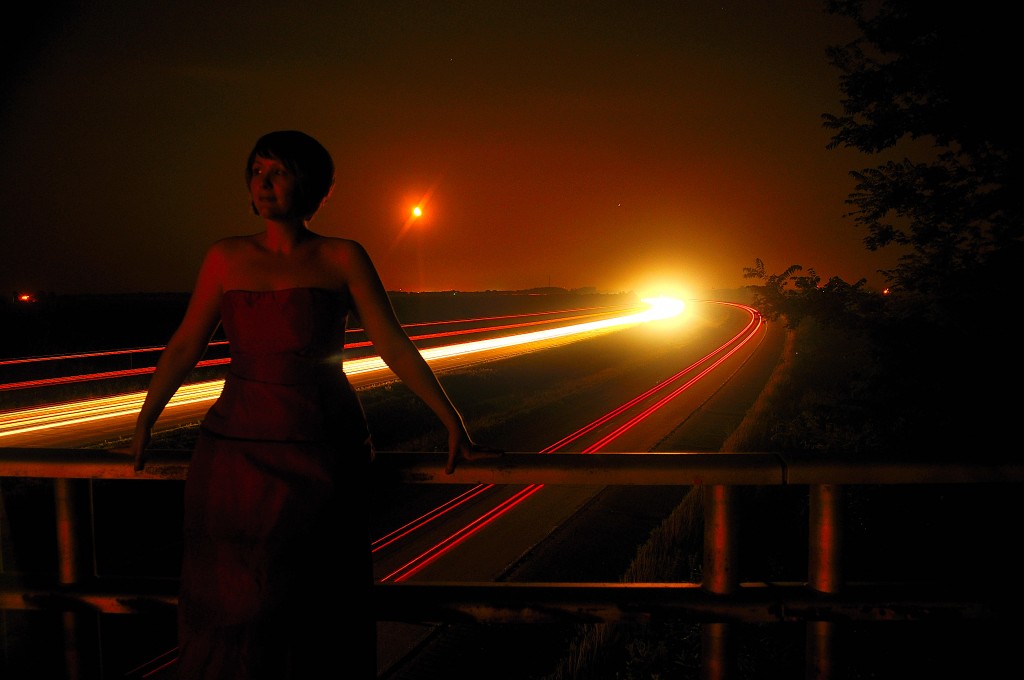 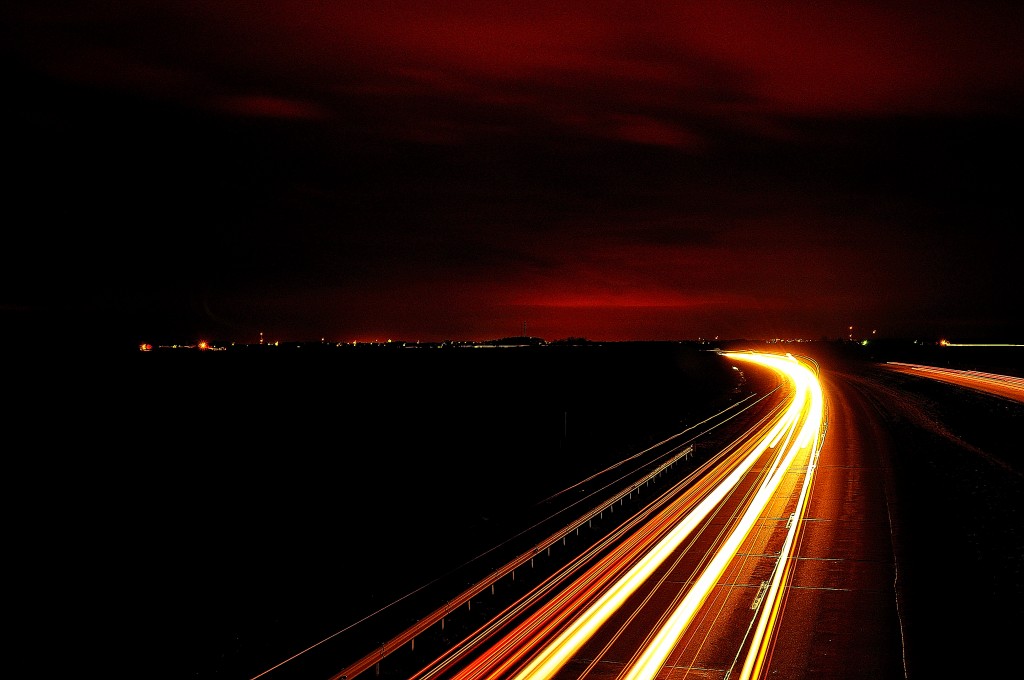 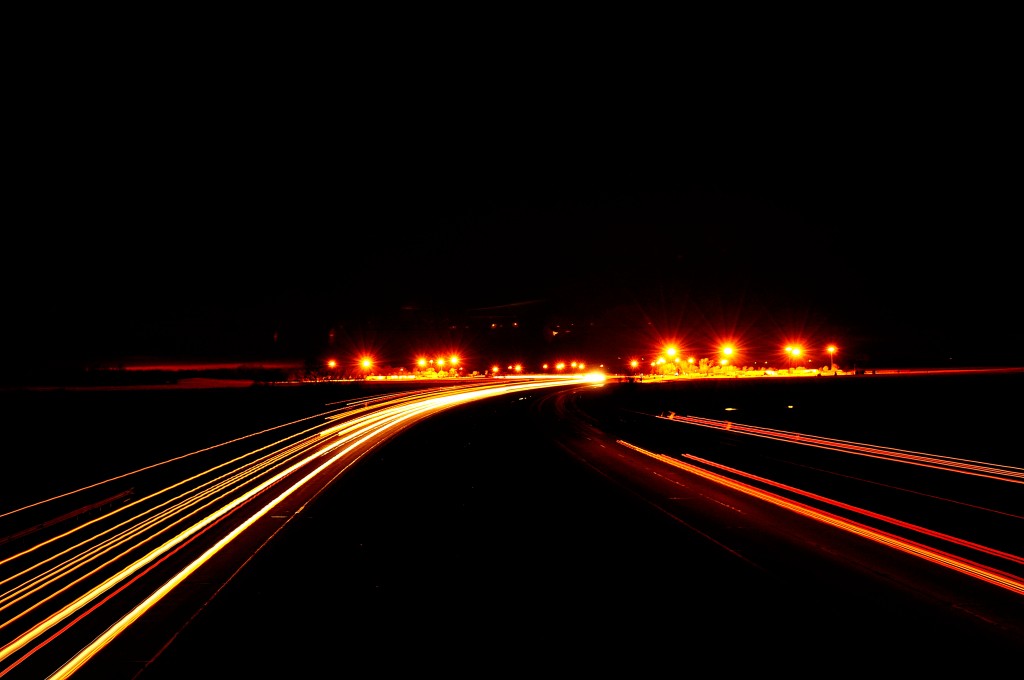 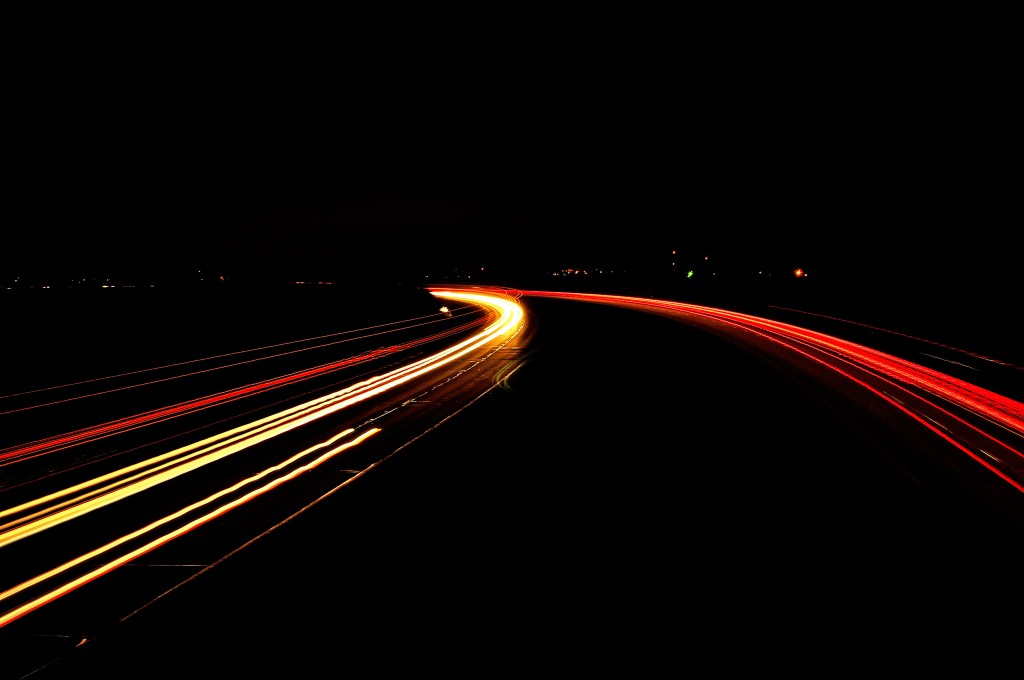 Interstate 80, somewhere in the heartland.